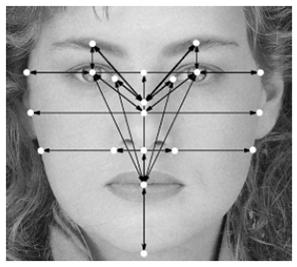 Identity card issued by the employer is the typical mechanism to identify an employee. However, verifying each and every card presented by personnel requires a dedicated person or an automated system. Credentials, such as an identity card, are more effectively verified using an automated system. However, most of the verification systems are incapable of verifying if the person who presented the credential is actually its owner. Similar is the case where passwords or PINs are used as credentials.

Buddy punching, otherwise known as ghost punching or proxy punching, is an activity where tardy and absent employees will have their co-workers “punch” the time clock for them. This activity alone will significantly impact the profitability of a company that ends up paying wages of employees who never showed up for work. The company not only get ripped off, but the entire operation may be degraded by a shortage of personnel.

There is always a chance of sharing any type of information or material, which the employee is required to know or carry, granting unauthorized access to employer facilities. Use of biometrics will avoid such chances as the verification of the credential is what the employee is – not on what they know or have. Fingerprint, hand print, face, and eye are some of the popular biometrics used for personnel identification.

Fingerprints are the most popularly used biometrics. However, they pose hygiene issues due to sharing of the same fingerprint scanner. Fingers while sharing the scanner (reader) shares everything that comes with it. Some segment of the population encounters difficulty with the scanners due to their skin types or physical disabilities. In certain countries, such as Japan, finger scanning is not widely accepted as people reject the idea of physical contact with the sensors.  Similar issues are also shared with hand biometrics.

It is not always easy to get a good image of an iris. People having heavy eyelids have a hard time to hold them apart with their fingers so that they could get their iris scanned.

A good solution to tackle these issues is to use a face recognition system which will not only eliminate the problem of buddy punching but also pose fewer hygiene problems and require very less of the user. It does not require the user to do anything or have contact with a reader. The solution should be fast to read, verify and authenticate the user. It should be faster than a password or PIN-based system as well as a finger or handprint base system. A person just needs to show up in front of the system to get access to the facility.

This site uses Akismet to reduce spam. Learn how your comment data is processed.

Opinions expressed in this website are of Shaheen N Abdul Jabbar and do not represent the views or opinions of his employer or university.